GIFFNOCK TENNIS CLUB FOUNDED 1895 From humble beginnings on two ash courts in a Giffnock garden in 1892, Giffnock Recreation Club evolved into Giffnock Bowling and Tennis Club in 1895, at its present location in Percy Drive, Giffnock.

A pictorial record of those early days exists in the Club’s Golden Jubilee Booklet (1945), where the lady tennis players can be seen wearing their maxi-dresses and the men cut a dashing figure on court with their straw boater hats. In those early years ‘old’ Giffnock was one of the most select areas of Glasgow and there was no shortage of funds for club improvements.

In the 1920s our far-sighted predecessors bought the land where the present tennis courts are situated. They also built a new clubhouse, which accommodated the bowlers and tennis players until 1969, when the Tennis Club moved into a separate clubhouse. Giffnock remained one of the top clubs in the west of Scotland throughout the ‘forties’, dominated by Torn Boyd, surely one of our finest players ever. The future seemed bright in the early ‘fifties’ particularly when John Lillie and Derek Frenz proved themselves to be among the top juniors in Scotland in 1953-1954.  Sadly, however
things began to go wrong b 1955.

One by one our top players retired or left the area and the subsequent decline in membership, to under 80 at one point, was matched only by the decline in playing standards. The 1st Gents team had the dubious distinction of being relegated every year for seven years! Throughout the lean years, however our Junior Section remained strong and by 1965 there appeared in the Senior ranks a large group of good tennis players, male and female, who within two years had virtually replaced their Senior counterparts in the teams.

As Juniors they had been used to winning (they won the Junior 1st Division in 1965 and again 1967), and they continued to win. In 1971 Giffnock won the Clydesdale Cup, our first ever West of Scotland LTA trophy, and then in 1975 the Men’s 1st Team reached the 1st Division after a 25-year absence and the Ladies 1st Team gained promotion to the 1st Division after a 20-year absence. As the standard of play improved, sodid the Club spirit, and successive Committees organised Coffee Mornings. Sponsored Walks. Jumble Sales. Marathon Tennis Matches (see The Guinness Book of Records. 1972). and countless Fetes to raise funds to further develop the Club. In 1969 the Tennis Section took on a new identity when the present clubhouse, in its original form, was opened.

This was followed by a period of rapid development with the opening of squash courts in 1974 and an extension to the clubhouse the following year to provide a lounge bar and improved changing facilities. There have been many dedicated and influential members of Giffnock, but perhaps one of the most dedicated and respected members was Rob Jenkins. Not only was he a President of the Club but he became President of the WSLTA in 1977 and was subsequently recognised for his outstanding contribution to tennis by being made an Honorary Life Member of the LTAand of Giffnock Tennis Club. It is not every day that four world-class players take to the courts of Giffnock Tennis Club to play the best of three sets, but the 25 May 1980 was no ordinary day and a crowd of over 700 people were thrilled to watch British Davis Cup stars David Lloyd and Mark Cox battle against South African Frew McMillan and his young Australian partner, Brad Drewett. The occasion was the official opening of our six new all-weather courts with floodlights, and all four players rose to the occasion.

Understandably all four players were resting themselves for the West of Scotland Tournament at Newlands that same week, but nevertheless they showed the brilliance that had taken them to their individual rankings and provided a great afternoon’s entertainment that was one of the highlights in the history of Giffnock Tennis Club.

Tennis had been at a peak for some years at this stage and the Gents proved their superiority by winning the Clydesdale Cup to round off a memorable year. Another milestone in the Club’s growth came in 1982 when the former Whitecraigs Hockey Club joined and we became Giffnock Tennis, Squash and Hockey Club. The following year 1983, proved to be one of the most successful tennis years for the Club with six of the eight teams consolidating their positions in their Divisions of the West Leagues. Juniors had always been the lifeblood of the Club and a new coaching schedule and a sophisticated ball-machine proved to be invaluable.

Juniors from three different age groups embarked on a three-stage course, culminating in a weekly tournament and this proved very popular. Four of our more promising youngsters were chosen for various different groups within the WSLTAand joined talented players from other clubs in a winter coaching programme. Throughout the 80s the Club continued to flourish with success at all levels for seniors and juniors. In 1985 our Ladies 1st, 2nd and 3rd teams were in WSLTA Divisions 1, 2 and 3, the Gents 1st team was second in Division 1, the Gents 2nd team was promoted to Division 3, the Junior 1st team won Division 1 and the Junior 2nd team was promoted to Division 2. Membership continued to be strong in all sections and in 1988 the tennis courts were upgraded to artificial grass courts.

A further extension to the clubhouse followed. As in the past, various coaches worked very hard to maintain Giffnock’s good reputation until 1990 when we appointed Colin Hanbidge as our first full-time, professional coach. Colin, or ‘coach’ as he became known, injected a new sense of direction to our coaching programme and became a firm favourite with ‘kids’ of all ages. With his own inimitable style, Colin played an important part in the development of tennis not only in Giffnock but also on the West of Scotland LTA committee. In 1999 he helped to justify his own club logo, ‘Best in the West’, when the Gents 1st team were Scottish Cup Wnners, Clydesdale Cup Wnners, retained the Inter-club Shield, and were the Premier League Champions in the West County League.

In the same year the Ladies 1st and Gent’s 2nd were both in 1st divisions as were the Junior Boys 1st and Girls 1st teams. The WSLTA has seen many of Giffnock’s best players reach a high standard, with some at International standard and many representing the West of Scotland LTA We are confident of the future of tennis at Giffnock because of the commitment of the many players who return to share their talent and expertise by offering coaching to all ages. Giffnock can boast of the only purpose-built Short Tennis Courts in Scotland where the very young can experience their first taste of tennis and develop their skills.

All ages and abilities are welcome and members are encouraged to sample the coaching with teams in mind or simply making an improvement for social tennis. On a high note we have qualified for the British Initiative Programme of Performance Tennis – a pioneering scheme requiring high standards of ability and dedication from both coach and player. With seven men’s teams, four ladies’, six veteran’s, junior teams and many social players, we are truly following the LTA’s vision of  ‘More players, better players’. Giffnock Tennis, Squash and Hockey Club is delighted to congratulate the WSLTA on 100 years of service to tennis.

HISTORY OF THE HOCKEY CLUB
The origins of the hockey section go back to 1919 when a group of enthusiasts formed Whitecraigs Hockey Club. The club had some great league and cup successes over the years but 1982 the club amalgamated with Giffnock Tennis & Squash Club and changed its name to Giffnock Giffnock Hockey Club is now one of the largest clubs in Scotland and is based at Giffnock Tennis, Squash and Hockey Club, Eastwoodmains Road, Giffnock on the south side of Glasgow. Games are played at the water-based pitch at Bellahouston, Glasgow the sand-filled McTaggert & Meikle Millennium pitch at Mearns Castle High School, Newton Mearns and the sand-dressed pitch at WIliarnwood High School, Clarkston.

A ladies section was formed in 1995 and up until the beginning of season 1997/1998. the club consisted of three men’s and a women’s team. At this tim, the ladies club know as Hutcheson’ Hockey Club amalgamated with Giffnock and this lead to two ladies national league teams and subsequent promotion for the third team within the West District League. The season 2001/2002 saw the ladies squads strengthened further by incorporating Hyndland Hockey Club and with the appointment of double Olympian Rhona Simpson as player-coach. Under Rhona ‘s guidance the ladies have become a major force within the Scottish hockey scene and were the hosts and Scotland’s representative in the European Club Championships held at Peffermill Edinburgh in June 2006 Both the ladies and gents sections have grown and developed to the stage that the Ladies are now fielding 4 XI’s (National League Div 1, National Reserve League, West District League Div 1 and 41 whdst the Men field five XIS (National League Div 3, West District Div 1,2,3 & 4) The Club is very proud of its players who have reached the top of then’ game and are representing or have represented Scotland at U1 8’s, U21 S, Senior level and as umpires.

The Club also has a long and proud history in providing office bearers and administrators to Scottish Hockey.

Not Yet A Member

Not yet a member

* for members during school terms as shown on our programme posters, along with additional pay-to-play squads for mini and junior members 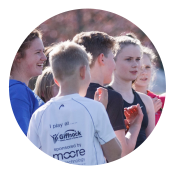 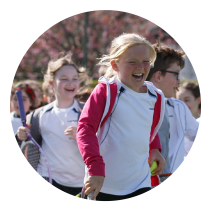 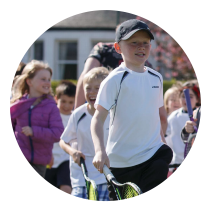 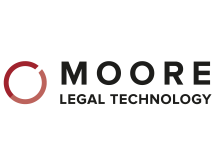 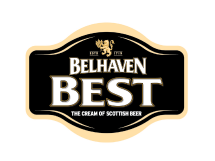 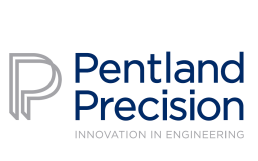 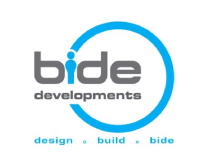 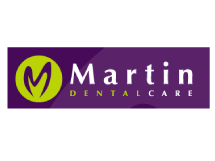 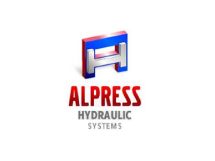